What is better than waking up in wine country and being offered a mimosa by your best friend? Well probably nothing.

This past weekend I went to Sonoma, California to visit one of my best friends from high school and see the town of Sonoma. Its a tiny town that consists mainly of a center called “the square” which is literally a square of shops and bars with town hall and a park in the center. However, outside of the square are about 800 different vineyards. Located just West of Napa, Sonoma is considered the “more relaxed” version of Napa. I must agree. 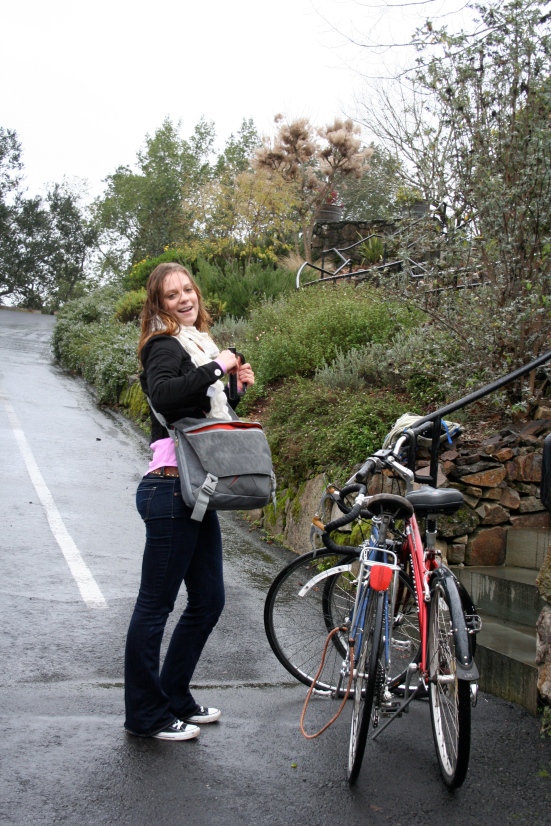 So after a mimosa we decided to head out on our bikes to visit the oldest vineyard in California: Buena Vista owned by the Boisset family. It is located at 18000 Old Winery Road and tastings start at 10:30 am, which was about when we were starting….It was a bit rainy, but wine certainly does warm you up!

The original stone winery dates back to 1857 and its beautiful! 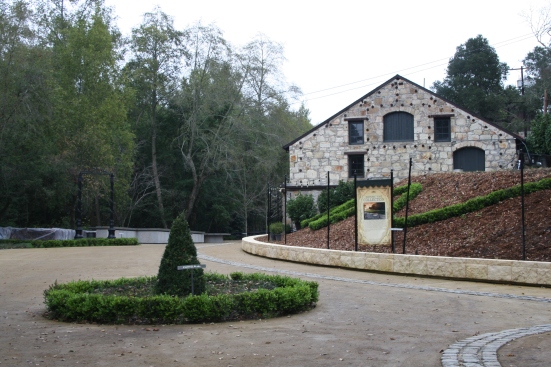 Before our tasting we walked around and peaked inside the celler. It was probably the most stunning wine cellar I have ever seen!

There was also a nice patio outside that would have been great to take a break and have a seat…except that it was still raining.

The inside of Buena Vista was filled with life and splendor. There were rows after rows of bottles of wine and a lovely Christmas tree. Ah the holidays and wine.

Our tasting cost $10/each which was reasonable and we tasted 5 wines- all of which were over $40/bottle. They were all VERY good, but unfortunately our pourer was a bit stingy. This was the least amount of wine I have ever received at a tasting. While tasting we were also informed about the weird history of the vineyard. Apparently is was owned by a Count until he was eaten by a crocodile. And of course both the Count and the crocodile were present during our tasting. 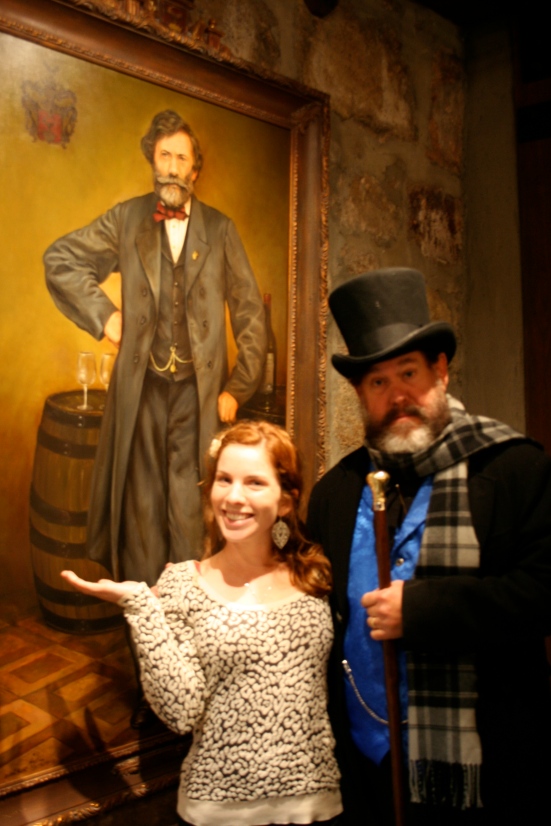 After feeling only slightly tipsy it was off to Ravenswood located at 18701 Gehricke Road.

We arrived more than a little wet and were more than excited to find a hot fire waiting for us.

Our server at Ravenswood was AMAZING! He was extremely friendly and recognized Lena as a local, which meant the wine tasting was FREE. He was also very generous with the amounts and gave us two tastings of the $60 wine. I don’t know why we didn’t come here first!

Along with an EXCELLENT tasting experience our server also gave us a free sticker and some cards of some local Sonoma wineries. We both left Ravenswood with a handful of goodies and a bit drunk.

Overall I think visiting the two vineyards provided an excellent contrast between history/eliteness and a winery that is focused around having a good time. Although I am glad I was able to visit Buena Vista to experience the oldest winery in California, I will most likely not be returning. Ravenswood on the other hand has completely earned my respect with indeed NO WIMPY WINES and excellent service. I will certainly be returning here with friends in the future. ~B

Brittany just wants to have a completely adventurous, passionate, and weird life. She travels the world and writes about what its like to be in your 20's and not very funny on 23andUnfunny.

© 23andUnfunny (Brittany Fair), 2016. Unauthorized use and/or duplication of this material without express and written permission from this blog’s author is strictly prohibited. Please contact brittanydfair@gmail.com for use. Excerpts and links may be used, provided that full and clear credit is given to 23andUnfunny with appropriate and specific direction to the original content. All photographs on this website were taken by the author unless specifically noted.
%d bloggers like this: